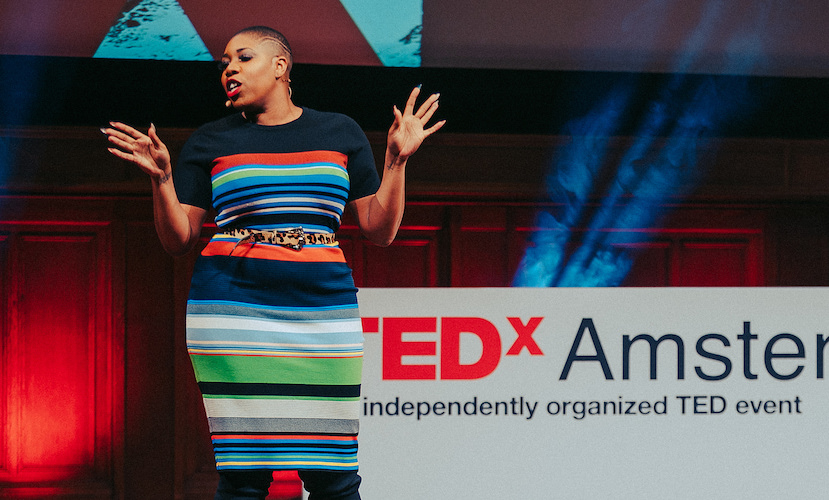 Strategist and CNN Political Commentator,Symone D. Sanders, is a woman like no other. That became clear immediately when she took the stage. She gave us attitude, fierceness and a good laugh. Her way of expressing herself, involving the audience and her confidence created a great atmosphere.

Symone’s message, “We have to demand what we want and not ask for permission. In order to address racism and sexism and to change the system, we have to do things that have never been done before. We have to work for it.”

Symone didn’t learn that lesson overnight. After having 29 job interviews and not getting a single job offer, she found her voice. While being interviewed by Democratic presidential candidate, Bernie Sanders, she pitched herself and the things she had little experience doing “I told him I didn’t know how but I would learn.”

What are you going to stop asking permission for?