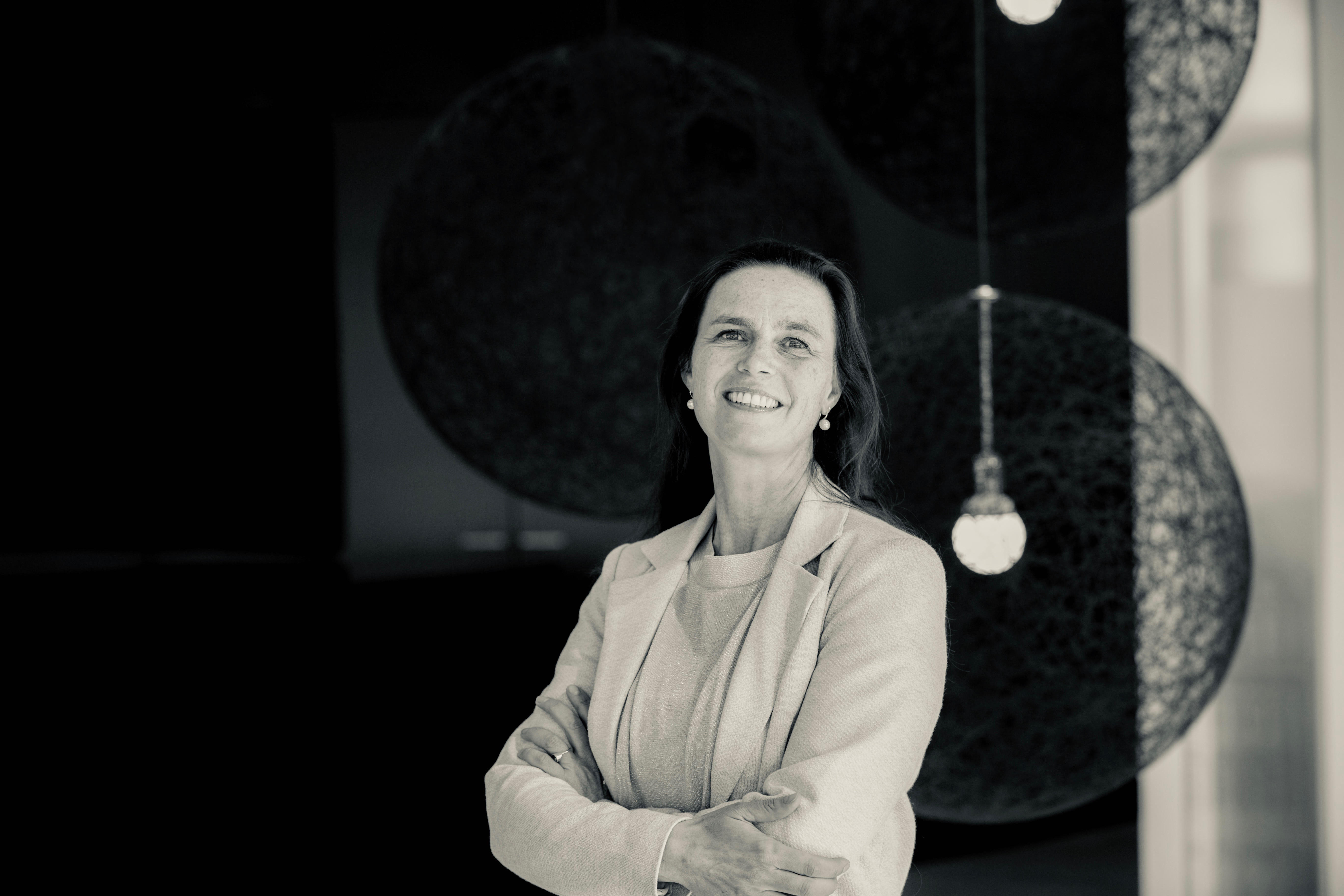 After ten years, Marian Spier has passed on her duties to a brand new (and excited) TEDxAmsterdamWomen license holder: Helene Geijtenbeek. Mother of two, partner Global Innovation and Investment Incentives at Deloitte and an avid sailor. Get to know Helene in five questions!

“I have always been successful in my professional career and never gave much thought to diversity and inclusion. Until spring 2019, when a study trip to Silicon Valley showed me very clearly that there really are inequal opportunities for women. And all the information and new knowledge also showed me where I had run into obstacles during my career myself, without even being conscious about it.

With that insight and experience ‘in the pocket’, I decided I wanted to use my privilege position to make an impact in the inclusion and diversity domain. An impact within the company where I work (Deloitte), but also in the bigger community. At Deloitte I am involved in the steering committee of our strategic Inclusion & Diversity in order to make our organization a better place to work.

Through my trip to Silicon Valley, I got connected with TEDxAmsterdamWomen. A great community with a very diverse and inspiring group of women, all aiming for the same goal: to inspire others to create female equality anywhere. When the opportunity arose to head this great platform, I did not think twice, but stepped up. Together with the TEDxAmsterdamWomen I can impact many lives and contribute to a better world.”

What is your main reason for joining TEDxAmsterdamWomen as the new license holder?

During my professional career I never gave diversity and inclusion much of a thought. It wasn’t until 2019, that a study trip to Silicon Valley opened my eyes and made me realise that women are not given equal opportunities as men. I even had to admit that I had been running into obstacles myself, without even noticing them. After that trip I was determined to use my position at the top of a corporate firm (Deloitte) to make an impact in the inclusion and diversity domain. An impact within Deloitte – in the Inclusion & Diversity committee – but also outside Deloitte. When the opportunity to become the next license holder for TEDxAmsterdamWomen came along, I didn’t hesitate. It is a great, inspiring community with an important goal: spreading ideas worth sharing. This obviously includes ideas on equality women’s rights. Together with the TEDxAmsterdamWomen I hope to create awareness and impact many lives!

What characterizes your perception of women in our society?

Since I was very little, I have learned that men and women can equally add to family life. Both my parents had busy jobs, but for neither of them this stood in the way of regular quality time with the kids. In a way this has formed my hard-headed believe that as a women, you can ‘have it all’. The kids and the career. I still believe women can have both, but the study trip has also showed me various (hidden) barriers.

Do you have a female role model?

I’m a big fan of Madonna ever since she launched her hit ‘Like a virgin’ in 1984. Over the years, she has managed to stay relevant and grow to be a leading and scareless example for all women and girls of all ages. Especially her speech for Billboard Women in Music 2016 is very inspiring. Also, lately my 17 year old daughter has really been an inspiration! She has developed into an enthusiastic feminist, and regularly points out the importance of equal opportunities for men, women, Christians, Muslims, white and black people to her classmates.

What are your plans for TEDxAmsterdamWomen?

Like in previous years, the organization is determined to offer a stage for ideas that should be heard. I want to see to it that we represent every group of our society, which does not necessarily mean we’re solely women-focused. The talks should inspire, but also help other to build confidence! Obviously the pandemic has brought with it some practical challenges, but I’m more than certain that this year’s event will be none less exciting than previous editions.