On December 1st 2021, despite last-minute Covid restriction changes resulting in the inability to hold a live event again, our event went ahead anyway, bringing Ideas Worth Spreading into the homes of hundreds of our public, via a live steam link.

The theme this year was Rethink, Reboot, ACT. With so many changes happening, we thought it was time to reassess our current habits and situations, think about if a change is necessary and what that might be, then act on those changes to make a difference, instead of just blindly reacting to the changing world around us.

With our host on stage introducing our inspirational speakers, and a second host backstage to hear the afterthoughts of our speakers as they left the stage, our audience was able to enjoy the full experience of the main event from both the spectator and behind the scenes perspectives.

Our nine 2021 TEDxAmsterdamWomen talks are live on YouTube with the talk from Roeltje van de Sande Bakhuyzen being chosen by TED to feature on their TED.com website. (click here to view)

Born in Toronto, Leona started music very early, learning the piano. When she was 6, she moved with her adoptive family to the Netherlands. In 1998, she recorded materials in Hollywood, Los Angeles made available as a demo. Later, Leona moved back to Holland (Rotterdam). Leona also took part with R&B band Sat-R-Day: performing at various locations including at the Rotterdam Ahoy. She left the band after three years. Leaving the Conservatory after three years of studies, she joined band Nits as vocalist and toured with them in their Wool Tour in 2000 performing throughout Europe and in *an. In 2001, Leona starred in Aida, a musical produced by Joop van den Ende. She also took part in a string of musical stage acts, notably Big, Black & Beautiful:: A Tribute to the Girl Groups, and in A Tribute to The Blues Brothers. In 2009, her single “Shake Ya Tailfeather” was promoted as Radio 501 favourite upcoming hit. After winning The Voice of Holland, she signed a contract with 8ball Music that released her winning song, a Bob Marley cover. Leona’s release reached number 2 of the Dutch Top 40 charts and reached number 1 in Dutch Single Top 100 charts. Leona has also hosted a variety of television shows for Dutch National TV networks, including the NPO 1 concert: When I see you again, which was an ode to people working backstage for theatre and television, during COVID restrictions.

Damla Kartal started at a young age combining different interests. Age 17, while finishing high school, she was enrolled in the Radio Academy. Five years later, Damla graduated with a masters degree, publishing article on leadership and sustainability, all while completing a course at the Veronika TV Academy. After a short period of working at RTL, she moves to the US for a Post Master Program at UC Berkeley, California. During her stay in silicon valley, her passion for e-commerce and media grows. Back in the Netherlands, she combines this with her interest for retail and starts working at Wehkamp. After 5 years she leaves Wehkamp as Marketing Manager and moves to Luxembourg to launch Amazon in the Netherlands. Damla grew up in an entrepreneurial family and quickly develops “side projects” along side her job. Together with Lieke Veld, former DJ, she starts her own Podcast @21DAYS. Every month they read and practice a new self-help book, aiming to find life changing experiences and answers to the question “Is there more?”.  In her journey her passions for media, business and entrepreneurship come together and she starts specializing in “Women in Business”. As a consultant, Damla supports female entrepreneurs, like SUE and the GiftLabel, in their business- & scalable growth strategies.

From the first listen, the Dutch seductress reels you in with bewitching vocals and spell-like atmospherics. Delving deeper and poetic depictions of the battle between darkness and light, of nature vanishing from the planet, of womanhood and her own struggles with mental health will have you hopelessly hooked.

A native from Friesland (NL) Marielle started to train Acro-Gymnastic when she was 5 years old. In 2004 and 2006, at a very young age, she won the Dutch National gymnastic competition. In 2005 and 2009 she was finalist at the European Championship, followed by 2 World Championship finals in 2006 and 2010. Graduated in 2015 at Lucia Marthas Institute for Performing Arts, Marielle started her professional career through shows all over the world. Her Handstand show became one of her most famous performance. She has been working alongside worldwide artists with famous brands and events. Dinner shows, Gala, Awards, TV shows, Weddings, Theatre shows, Music production & Festivals worldwide. With 15 years of experience as a professional acrobat and dancer, she founded her own company In 2017 – ALL IN M AGENCY – the perfect combination between entertainment & education. She has a great selection of bespoke entertainment, which can be personalized especially for your event. For the past 4 years Marielle has been shaping live of children and adults through dance with a variety of courses from movement to dance, acrobatics to yoga. She personally supervises these courses, participating in them to ensure that she’s able to offer not only an excellent educational experience but also ensure that every student is having a good time.

Roy (the choreographer) together with Alicia, Kayva, Neha and Victoria are designing a unique dance for TEDxAmsterdamWomen. “I am known for my work as a creative director, choreographer, performance coach and dance teacher. I have traveled all over the world for work and I have learned that music and
dance unites people, regardless where they’re from. It brings me pure joy to be able to
make a connection with the audience through my work.” 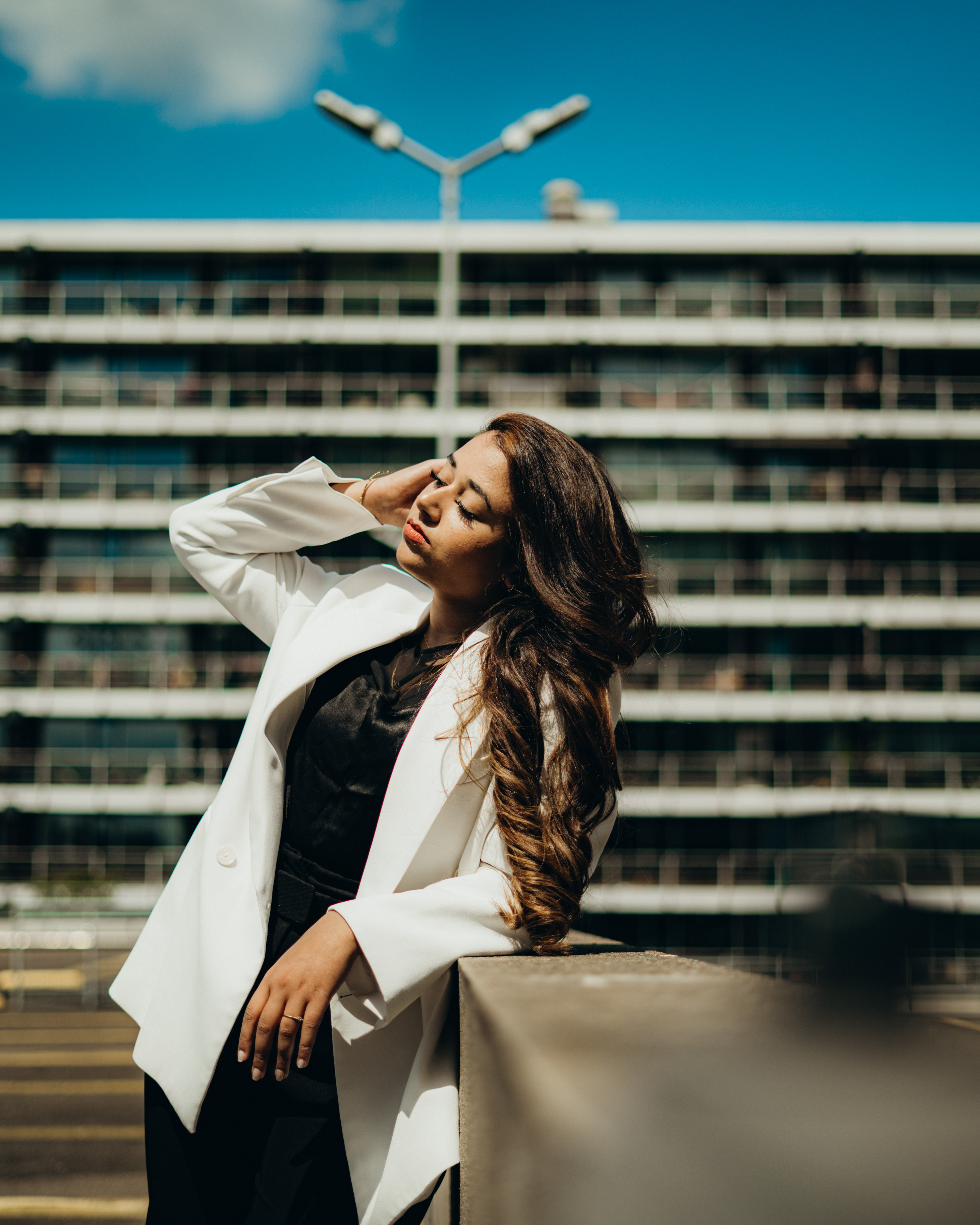 In 2018 a new musical production opened on the WestEnd in London, produced by Dutch musical Goeroe Joop van den Ende: Tina the Tina Turner Musical. The show opened with great reviews and is to be seen all over the world, on Broadway, in Spain, Germany and also here in the Netherlands. The role of Tina is shared by two wonderful actresses, and one of them will be performing at the Main event. She starred in many famous musicals, like MammaMia, Fame, The Wiz, Miss Saigon and Les Miserables.