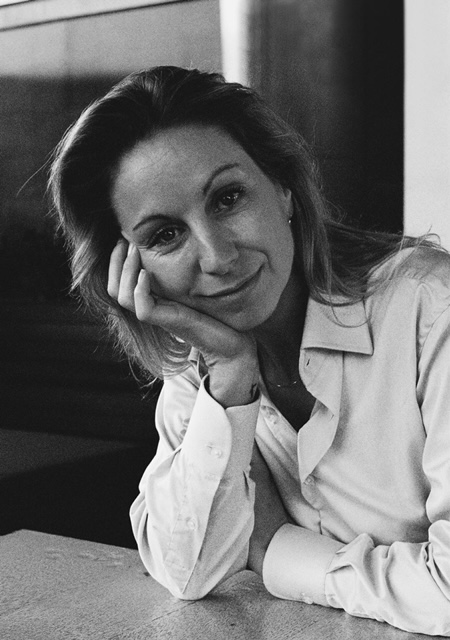 In the upcoming months we’ll be asking women in technology, media, arts and science about their view on important and topical issues. This month’s issue: the role of the media in the imaging around certain groups of people – women for example. Maartje Laterveer (1976), journalist for de Volkskrant and Het Financieele Dagblad writing about diversity, and writer of books about female sexuality and the female identity versus the male identity shares her views.

How do the media play a role in the perception of certain groups of people – women for example?

The media play a huge role in the perception of both men and women. To fully understand this role, we first have to talk about bias. Implicit bias is one of the biggest obstacles for gender equality. As Pedro Conceição, director of the UNDP’s Human Development Report Office, said in The Guardian earlier this year, there is “Big progress in more basic areas of participation and empowerment. But when we get to more empowering areas, we seem to be hitting a wall.”  This wall is largely formed by bias.

Conceição reacted to the publication of the first Gender Social Norm Index in March this year, which analyzed data from 75 countries and found that almost half of people feel men are superior political leaders and more than 40% believe men make better business executives. These beliefs are based on stereotypes, and this is where the media come in. Newspapers and magazines cultivate and sustain stereotypes – beliefs about how (different) men and women are.

How? In many ways – too many to treat here, but let me mention a few. First of all by paying substantially more attention to men than to women. A recent large-scale study from McGill University, Utrecht University and Harvard University compared the coverage in bigger newspapers of men and of women. The study showed that the ratio was 4:1 in the favor of men. And even if you take into account that men are both more present and generally more successful in fields that gain media interest – such as business, politics and sports – their media presence is still disproportionally larger (more than 2:1).

Second, media contribute to stereotypes by means of language. Linguistic bias is subtle, so subtle that they (and we) are not always aware of it. But it makes a difference if you talk about a professional woman by calling her a ‘working mother’, while you never mention the fatherhood of a professional man. Likewise, when you talk about ‘papadag’, you underline the particularity of the man taking care of his children, while the days a mother does that it’s not called ‘mamadag´.

Third, media tend to pay a lot more attention to the appearance of women than of men, to always ask questions about ‘how she does it’ combining her professional career with motherhood, and they write (a lot) about ‘female leadership’, while they only write about ‘male leadership’ in comparison to the former.

Should the media be playing a role in changing certain long-held perceptions?

In my experience, this awareness is gaining interest among editors and journalists, but the process is very slow. Most professionals in the media are very busy making headlines, and moreover, are themselves subject to (implicit) bias.

Perceptions are mostly implied by bias, and supported by media outings. The power of bias can hardly be overestimated here. Research shows that bias influences the perception of women and men in a negative way for women, meaning they are less likely to be seen as leaders, more likely to struggle with being liked and taken seriously when in a superior role in business or politics, and more expected to prioritize care-taking roles over their professional career. Moreover, women are severely judged by their appearance and often the subject of unwanted sexual attention of men. Ironically, these stereotypes tend to slip also into our own perception of ourselves, which in the case of many women means they are less self-confident in professional situations, less likely to speak up and promote themselves, and often prone to feelings of guilt when they prefer work over family.

Are there any best practices in media, causing substantial change, that should lead as an example?

I don’t know of many media who actively try to debias their coverage. From what I’ve seen, gender parity is a small part on the agenda of media outlets, and – besides a handful of ‘woke’ editors – it appears very hard for editors to look in the mirror and see their own responsibility in this. People don’t like to be made conscious of their bias. They feel wrongfully attacked while in fact bias is just human – it doesn’t necessarily mean you’re doing something wrong. But it does mean the media are not exactly ready to fundamentally change things.

The Economist and The Financial Times are two newspapers where I’ve seen some positive change: they write extensively and seemingly objective about bias and other difficulties women are facing when climbing to the top. We need more mainstream media to do that as well. In the Netherlands the bigger newspapers still show cringeworthy examples of women being shown as eye candy or being written about as if they are less capable of running a business or country.

So there’s a lot of work to do for journalists, but also for all those readers out there. Thanks to social media they have powerful tool to address bias in media coverage. They already use it, sometimes with great effect. Bias won’t go away by itself. It is culturally defined. This is good news as well as bad news. The bad news is that culture doesn’t change overnight. The good news is that we as a people define culture. So it can change, if we can.