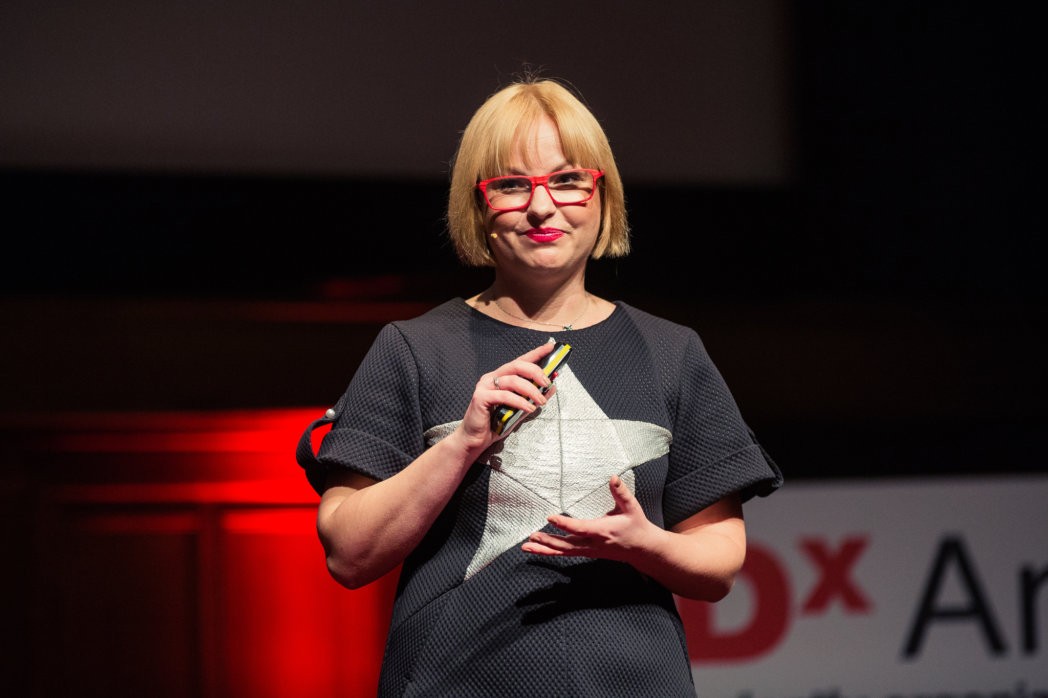 Karoli is from the country of the singing revolution: Estonia. Where spontaneous, mass night-singing demonstrations occur, and where the people literally sang their way to freedom. Now, 27 years later, Estonia is one of the most-advanced digital societies in the world.

Encouraged by her father, Karoli stepped beyond her comfort boundaries and opened her first company at age 16. Growing up, there was one thing her parents couldn’t do -- and which she loved most -- travel. With travel, the world is smaller, making migration and relocation much easier. In fact, today one in 7 people migrate. But, why does it happen?

For one, a major structure has changed. Friendships. Historically, friendships stayed within our direct surroundings. Today, they have expanded beyond physical borders and, as a result, our comfort zones have become global. We are no longer anchored, or even connected, by location. Instead, we are connected by interests. And interests bring people together, such as Silicon Valley.

“Our people are everywhere”.

However, it’s not that simply. Other policies are an opposing force on travel. For example, immigration policies. Real talent is more open to move around; but rules and regulations won’t allow it. Or at least, that is what Karoli thought.

As she looked closer, Karoli realized this was solely a reflection of the borders in our head, not policies. “Policy is a mirror of self-doubt,” according to Karoli. Through her company, she wants to ignite a revolution to take down personal borders, because these are the barriers which prevent us from realizing our dreams.

“We are in control of the peaceful revolution in our life,” Karoli insists, and ends her talk with an urge: sit down and have a coffee with someone you don’t know. Who knows, this could be your revolution.

Missed the event but still want to see Karoli’s talk? Check out her TEDtalk here!