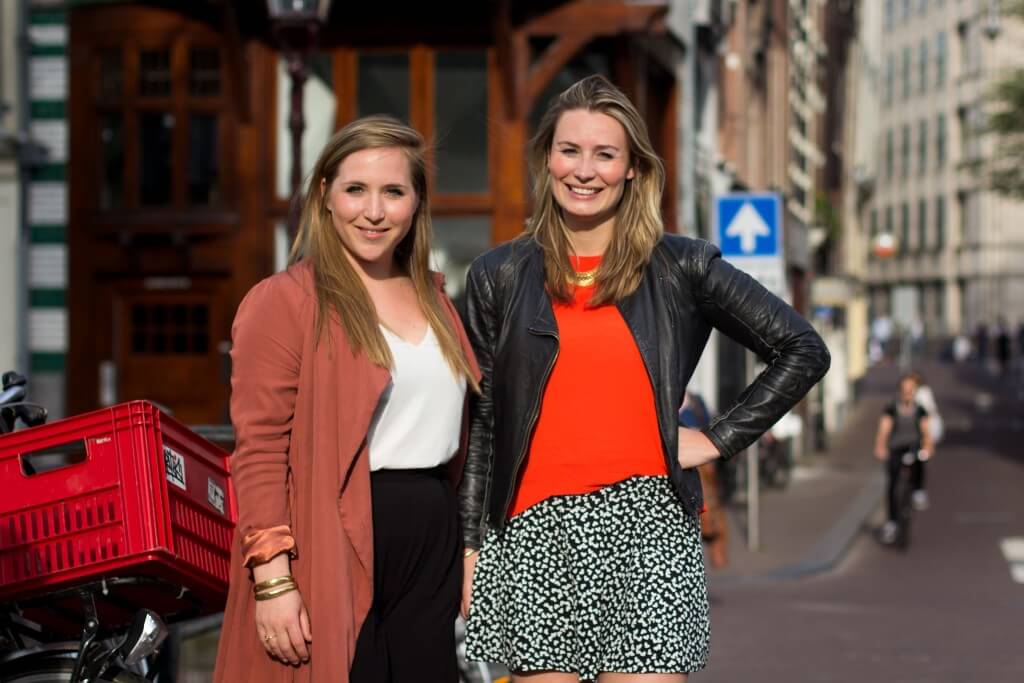 What does life look like after making it to the finals of the TEDxAmsterdamWomen Startup Awards? And how have they experienced the entire process? We asked Dorit Roest and Myrthe Stapper, founders of The Influencers Movement (TIM) almost a year after their Startup Awards-adventure.

For everyone who missed your pitch at the Startup Awards finals, what exactly is TIM?
“TIM is an exclusive matching platform for influencers and marketeers. Our mission is to make influencer marketing more ‘real’. We believe, with the experience we’ve accumulated these past three years, that there is only one way to successfully deploy influencer marketing, and that is when the focus is on ‘R.E.A.L.-ness; relevance, engagement, authenticity and likability. We call that ‘real influencer marketing’. We want to achieve that R.E.A.L.-ness with our matching platform on which we solely work with experts; marketeers from brands or agencies who have experience, knowledge and insights in the way influencer marketing works. The experts are already capable of creating campaigns from A to Z, but when it comes to finding the right influencer for the right campaign, they’re in need of a broader platform. A platform on which they can tell the world about their campaign, and have the influencers come to them, instead of the other way around. The influencers pitch their idea about what they could add to the campaign and the marketeer chooses the expert they think represents their brand best. This also really corresponds with the needs of the influencers. Currently there is an overgrowth of parties that offer influencer campaigns. These experts are constantly being approached by different companies, but it’s important for them to be selective in their choice of brands, as a wrong choice can cost them followers. “Because the influencer gets to keep the 100% of their own set fee, it is more interesting to pitch to campaigns that interest them.”

You have participated in last year’s Startup Awards and even made it to the finals. Why did you enter the competition?
“Normally we were a bit reluctant to participate in these kinds of competitions. We figured it would take up too much time, which means money. We did have a bit of a discussion about this, because I really didn’t want to enter and Dorit was sure it was a great idea.” Myrthe says. “I was sure we had a good chance of winning”, Dorit adds. “This was our chance to show our idea, TIM, to the rest of the world.”

“But we had no idea it would take up this much time.”, Dorit says smilingly to Myrthe, who starts grinning. “I know. But in hindsight I’m very glad we did it, it was a great experience and it really gave TIM a boost. We had just finalised the concept when we entered in the Awards and it was actually a great way to get TIM out there. We already knew what we wanted to do and where we wanted to go with influencer marketing, but TIM was a new way to get there and we just had to position it right.”

You say the Startup Awards took up a lot of time, how much time are we talking about?
The fact that everything had to be done in English made it a bit more difficult for us, so that took up some extra time. We’re are a real team, we wanted to present our pitch together”, Dorit tells me. “This , made it more difficult. We had to study and practice together. Also, we had never pitched our idea for TIM before, so it was the first time we were actually working on our pitch. It was really hard to cram everything we wanted to say about TIM in those five short minutes.” Myrthe says. Dorit: “Especially because we had to describe the term ‘influencer marketing’ in a way that everyone would understand it. Some people may not even know what a blog is. Which was a big challenge, but we didn’t mind, as creating our pitch is something we can always use.”

“We really enjoyed the first round and it was a big milestone for us to get TIM out there for the first time. And of course making it to the finals right away was great!”, Myrthe adds.

There was a Kickstarter campaign, you had to launch on your way to the finals. How did that go?
“That was quite intense. We had to launch the campaign within two weeks after the first round, and I was about to go on vacation”, Myrthe continues. “So we immediately had to create a campaign video, talk to people about how we could effectively launch our campaign; it was almost like a second company”, Dorit adds. “Thankfully we reached our goal of €10.000,-, which felt like a real miracle!”

And then the finals! How did you prepare for your final pitch?
“We had an amazing coach that was appointed to us by TEDxWomen; Barbara, an American specialist with whom we had a great connection and are still in touch with. She was a great help!” Myrthe says. Dorit: “We put a lot of time and effort into our three-minute pitch; we went all in!”

The final was such a cool day! I was very nervous, because I knew it was going to be live-streamed; and it was going to be a TEDx video, which would be online forever; there were 500 important people in the audience, not to mention all the viewers, so we simply could not fail”, Myrthe says. “We had worked so hard and I still remember the first lines of our pitch”, Dorit starts, “Imagine…”

“It went so well and we were so proud. It was a real milestone! It really was something tangible. While a lot of the time we forget to celebrate our successes, now we had a chance to stand still and enjoy the moment.” Myrthe adds. “The entire process was a lot of work, but a lot of fun as well. It was a great atmosphere and everyone was so nice, we had so much fun with our fellow contestants and the people from the TEDxAmsterdamWomen team were very helpful and considerate. It was very special.”

Do you have any tips that you could give to startups that want to enter in this year’s Startup Awards?
“Yes, absolutely! I think that you have to see the first round as a way to get your company’s position right: what’s your value proposition? And how can you tell your story?” Dorit starts. “Make sure you have enough manpower in your team to compensate you focusing on the Awards. If it’s just you by yourself, it could get very hectic” Myrthe adds. “And just do it! Don’t think about too much, just start!”