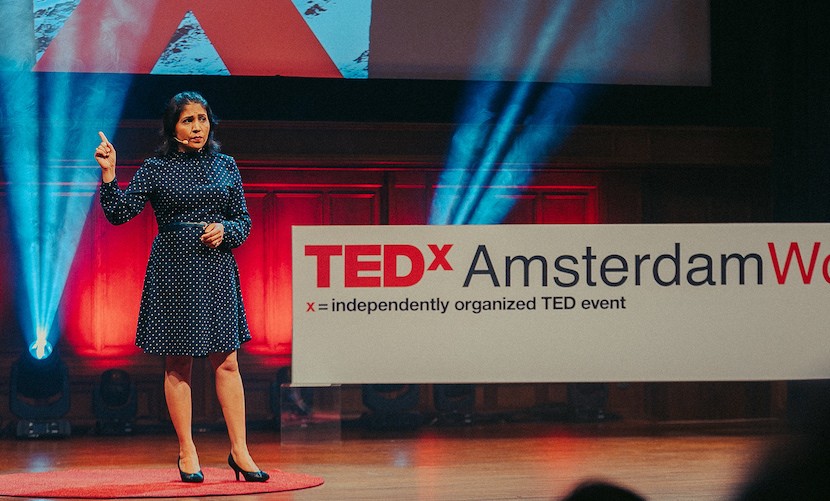 She is one of our two Pitch Night winners. As an urban planner and researcher she knows what she is talking about. During her talk, she made us aware of the inequality between men and women in urban environments.  She even wondered out loud, “Does Amsterdam only have three public toilets for women because the city planners don’t want women outside for a long period of time?” The toilets are not the only problem according to the Indian-born and Netherland-based Yamini, “Our transport has been centered around the commuting needs of men, often ignoring the trips made my women.”

Yamini didn’t leave us with frustration and questions though. She proposed that we can create inclusive and sustainable cities ourselves. According to Yamini, we have to start talking about this topic and select mayors and aldermen who listen to our needs. And we, women, should participate in events where we can express our opinions and help create safe and convenient in public spaces. She encouraged us to start immediately because, “The gender gap in our cities has been around way too long, it’s time to do something about it, and the time is now”.

We don’t have to do it all ourselves though, Yamini has our back. In her work as an urban planner she takes the different needs between men and women into account and inspires other researchers to do the same. And on top of that, Yamini is currently working on her upcoming book about sustainable urban development in the Global South.