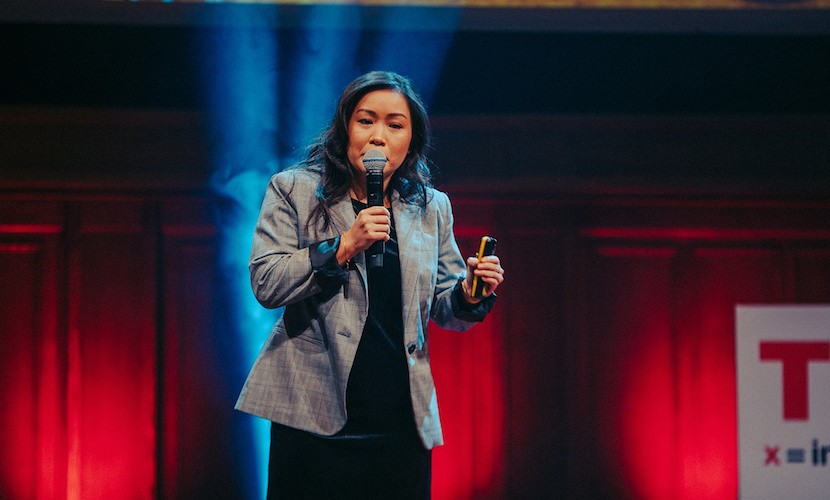 Co-founder and CEO of CodeGorilla Diem Do asked the audience an unusual question:  what does a fishing woman – who always catches the same fish – have to do with coding? As  Diem explains, the same thing is going on in the tech industry. It’s not that tech companies don’t want to hire women, but the fact is that they are fishing in a pond filled with just one species: white men.

The Startup-award-finalist knows that coding is the future, so people who can code have the future in their hands. That’s why her company, CodeGorilla, teaches unemployed individuals, single moms, minorities and other people who are often discriminated against in the labour market, how to code. In addition to offering training and bootcamps, CodeGorilla also teaches skills which are needed to get a job, such as job interview training. For example, Esmeralda, a single mom of two kids who took part in the bootcamp now has a job as a software developer.

Diem has big dreams for her company. With five locations in the Netherlands already, and three more to come, Diem wants to expand the company to other countries such as Spain. She is committed to help even more people to learn how to code and to find a job – helping to bridge the gap between unemployment and the skills tomorrow’s workforce needs.