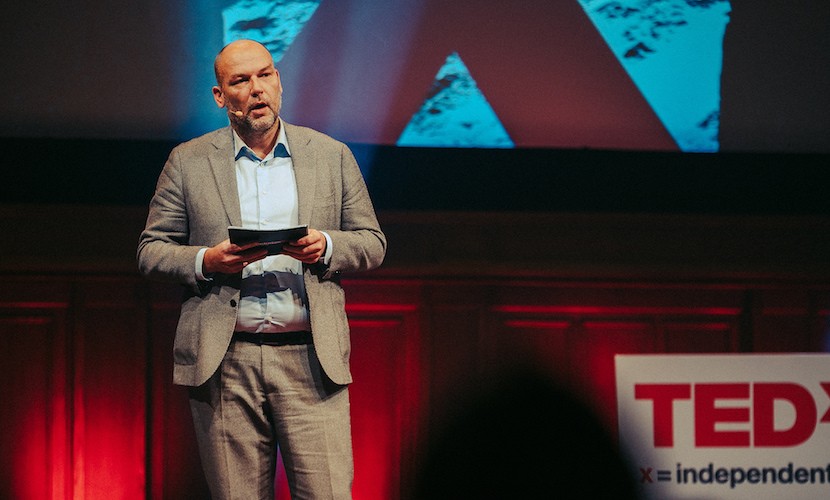 We can’t imagine a more suitable person to officially open TEDxAmsterdamWomen 2018 than the Deputy Mayor of Amsterdam. As an alderperson, Rutger Groot Wassink is responsible for Social Affairs, Democratisation and Diversity. He works closely with Amsterdam’s first female Mayor, Femke Halsema, and he is a prominent member of Dutch political party GroenLinks, serving as the party’s group chairperson in the city council. Rutger actively works towards bridging the gap, just like we are, when it comes to important social issues affecting Amsterdam citizens on a daily basis.

When Rutger started his speech he explained that he can’t emphasize enough how important the TEDxAmsterdamWomen message is. He explained that men are still seen as the norm today and that we often focus too much on differences instead of seeing similarities. “This event is there to tip the balance in the opposite direction, which is urgently needed.”

When Rutger became a father, people expected his girlfriend to work less, rather than him. The obvious lack of equality of men and women is everywhere, in pay positions and power. It’s a common struggle and not something for women alone. According to him, it’s up to men and women to come up with a solution together. Rutger didn’t come to the TEDxAmsterdamWomen stage to tell us about his policies for emancipation. “My message is no more than a call to action. Women should rise and stand up. It’s up to you to redefine the norm, and it’s up to me, and the city boards, to support that with solidarity.”

When Rutger looked at the audience while ending his welcome speech, with the words of a famous activist, you could see his eyes sparkle with a sense of pride and determination: “I am no longer accepting the things I cannot change, I am changing the things I cannot accept.”  It was clear he supports our movement and that he won’t stop either until the gap has been bridged.